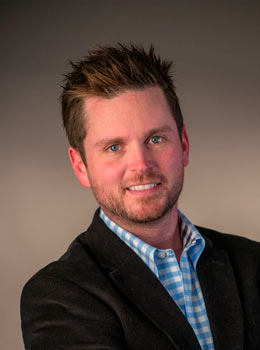 J ames Jones has well established himself as a pre-eminent organist and choral conductor of his generation.  He has served as Director of Music for Myers Park United Methodist Church (Charlotte, NC) since 2009.  In organ recital, Jones has appeared as soloist for the Arizona Musicfest, Kotzschmar Organ series in Portland, Maine, “Rising Star” series at St. Paul’s Cathedral in Pittsburgh, PA,  and “Piccolo Spoleto” Festival in Charleston, SC.  Mr. Jones has made two appearances on the “Music for a Great Space” series; his debut recital on this series c ame in the summer of 2006.

He has performed as organist with the Memphis Symphony, Arizona Musicfest Festival Orchestra, Portland Symphony Orchestra, and the Winston-Salem Symphony, where he performed the world premiere of the full orchestra and organ setting of PHOENIX for Orchestra, by composer Dan Locklair.  Mr. Jones was directly responsible for the commissioning and realization of this much-lauded work.  Other key works with orchestra have included the Vaughan Willi ams Dona Nobis Pacem, Andrew Lloyd Webber Requiem, Poulenc Organ Concerto, Bach St. John Passion, and numerous performances of Handel Messiah.  In the summer of 2014 he once again performed the Poulenc Organ Concerto at Myers Park United Methodist Church (MPUMC) with members of both Charlotte and Winston-Salem Symphonies as orchestra.

Prior to his work at MPUMC, Mr. Jones served for seven years as organist/choirmaster at Westminster Presbyterian Church in Greensboro, NC. Tremendous growth in the traditional music progr am, hugely popular choral Christmas concerts, and a Chancel Choir tour in Scotland are hallmarks of his tenure there.

Under his leadership at MPUMC, the music progr am has grown to over 250 participants.  He has led in the commissioning of six new works for chorus and/or instrumental ensemble, created a new all-music-ministry Christmas concert, and twice led worship at Duke Chapel in Durh am, NC.  The Chancel Choir enjoyed a highly successful eight-day performance tour of England in May 2013, and embarks on a tour of Salzburg and Vienna, Austria, and Prague, Czech Republic in May of 2015.  Mr. Jones also now serves as director of Nova Voce, a professional women’s chorus in Charlotte; additionally, he is on the board of the Charlotte Oratorio Society.

A native of Broadway, NC, Mr. Jones completed his Bachelor of Music Degree at the University of North Carolina School of the Arts, where he was a Kenan Organ Scholar, and studied under Dr. Jack Michener.  He completed a Master of Music Degree in Choral Conducting at the University of North Carolina, Greensboro, where he studied with Dr.s Welborn Young and Carol Ott.