Reconciliation: I Ask Your Forgiveness

Reconciliation: I Ask Your Forgiveness 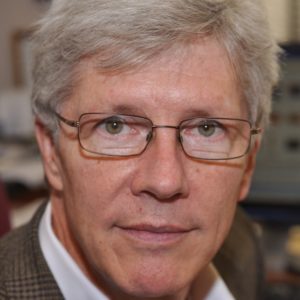 I hope you will let me apologize to you for last Thursday’s email.  The willingness to ask for and offer forgiveness is the key to reconciliation, isn’t it?

In the email, I referred to Donald Trump’s statement that he doesn’t ask God for forgiveness.  My timing on this was atrocious, coming the day before his inauguration as our President.  I write these emails weeks in advance, and there is a logical sequence to them (at least in my mind).  So I didn’t think, Ha, he’s about to be sworn in, I’ll ding him now!  It just came up, unwittingly, then…  I should have been more vigilant, but with three funerals in a week, and a raft of other responsibilities, I didn’t catch it.

What I wrote about him was utterly non-political in content.  First I referred to J.D. Vance and Hillbilly Elegy, which has brought much understanding to those who don’t get President Trump’s appeal.  Then, with President Trump, I said he speaks for a majority of American Christians in not thinking a lot about forgiveness.  That’s not dinging him, but showing how he has given voice to something most churchgoers experience.  I probably could have found a better example – although he’s so public it’s hard not to notice when he speaks on anything.

Clearly, if you’ve paid attention to my emails and preaching, for months I’ve tried to be a voice for kindness, patience, listening to others, understanding, and a holy inner attitude, for an end to all the rancor – which I’ve gotten a lot of since Thursday.  I don’t mind.  But we all need to realize everybody’s super-touchy right now, and we are carrying around a lot of dark feelings.  God invites us to a more charitable, less self-devouring place.

I try to speak and write about things that matter.  I am not sure how then not to mention the most important person in the world right now, who’s visible 24/7, who is our leader.  Jesus regularly spoke of Caesar and Herod.  We pray for our President, and we respect the office.  We also have to recognize that all leaders are flawed, and lead us in ways that get sideways with what Jesus was about.  We simply have to notice, and learn to be careful.  There is an accountability, There is right and wrong, for you and me, and also for the President.

One critic asked me Why don’t you criticize the Clintons instead?  I’ve done this.  When Bill Clinton was caught in the tawdry Monica Lewinsky affair, I wasn’t in favor of him being impeached – because I thought he should resign immediately.  I try to apply a test to these things: what if I did what he did?  If I had an affair with an intern, I couldn’t and shouldn’t keep my job for one minute.  To me, it seems a reasonable test for all of us to ponder with respect to our leaders – all of them, not just those who suit us politically.

Until we acknowledge this, give up on our snide critique of the others who aren’t where we are, affirm their very real goodness, and listen and try hard to understand and see virtue and hope in everyone, there will be nothing but rage, gridlock, and division.  Until we say to each other and to God, I am sorry, I’m not perfect, I don’t know everything, then we will have no unity.

I am happy to start by saying I am sorry for Thursday, and for anything I’ve ever said or done to worsen division.  Please trust my heart and intentions are good.  I do my best, not to be conservative or liberal, but to know and represent Jesus.  I love you who read and listen, and want you to know and represent Jesus too.  I ask God for forgiveness throughout each day – and I will always apologize to anyone I’ve hurt and strive zealously to repair the relationship.  This really is the way to reconciliation, to a healthier church, and to a stronger America.

Wonderfully Made for Fifth Graders